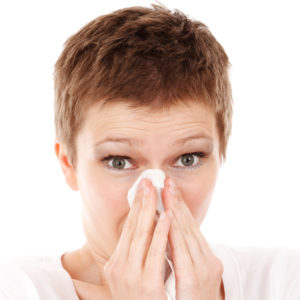 ​If you were following along on the TDS Business Blog in the last few weeks, you noticed Office Madness 2017, a tournament we put into the hands of the readers to determine once and for all the most offensive office life pet peeve.

32 of the biggest office annoyances were pitted against each other, and only one could emerge victorious.

And the winner is… Coming To Work Sick (You can love your coworkers, but still really hate their germs).

In the 2017 Office Madness Championship, Refrigerator Thieves suffered a lopsided loss, only receiving 15% of the votes compared to Coming to Work Sick, which stole the title with a whopping 85% of total votes.

The votes are all in, and it looks like people don’t care quite as much about that extra pizza slice being stolen as they do about catching the latest flu bug from a co-worker who wouldn’t stay home.

These final two pet peeves made it through four rounds, with The Final Four of Office Madness consisting of:

The madness is finally over, concluding 2017’s Office Madness tournament to find out which office annoyance ascended to the throne of great and terrible annoyances.

Office Madness: The final round
Biotech: What’s happening and what it could mean