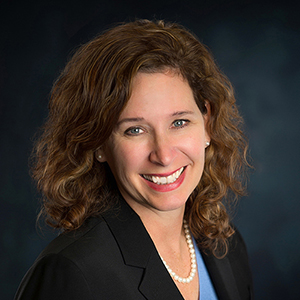 Reflections on being a female leader and CFO

Vicki Villacrez has blazed the trail forward for women—at TDS and in the community at-large. After all, TDS has grown from a $350 million business to a $5 billion company in the past two decades, and Villacrez has been actively involved every step of the way. However, when Villacrez began her career three decades ago, no one was really talking with—or about—advising women regarding career paths or advancing, especially in the world of finance.

“It certainly would have been helpful,” says Villacrez. “I’m proud things have changed, that women and men are willing to offer advice and mentorship. It’s critical to career development and a gender-neutral topic.”

In addition to conversations, Villacrez touts the importance of continuously being on your game—each and every time—if you’re going to grow and achieve advancement opportunities. She says, “I had to work really hard to get to where I am today, there is no replacement for hard work. What led to my career advances was that someone in a position of power noticed I was making a difference and bringing value to each and every conversation.”

But having a leader recognize your talent is only half the battle, Villacrez noted. She says, “You own your career and playing it safe isn’t the path forward, nor is being quiet or keeping your head down. Be bold and get in front of leadership every chance you can. Be invaluable. Market yourself. Tell people your intentions and aspirations. Make yourself stand out and do an A++ job!”

Villacrez has done just that—and gained a seat at the table. But, to Villacrez, having a seat isn’t the same as earning a seat at the table. “There is a difference,” she says. “People need to earn their seat every time they show up. You are there because you have something valuable to contribute and your voice needs to be heard.”

Interestingly, while participating in a recent Women in Leadership discussion, an audience member stepped forward and asked the panelists: Have you ever felt like an imposter at the table?

“I was stunned,” Villacrez stated. “I had never heard of such a thing. I wanted to blurt out a resounding NOOOOOOOO, but I was curious what the other panelist were thinking. I paused and wondered ‘was this a new conversation that I knew nothing about?’ After a few minutes of listening to the other panelists, I jumped in and said, ‘No, I have earned my seat at the table. I am expected to speak up, lead, share my opinion, and make a decision. If I feel like an imposter, then I have handcuffed myself, put myself in a box, and done myself an injustice. And, that’s on me!'”

While at TDS, Villacrez has successfully avoided putting herself in a box. She has held multiple leadership roles, culminating in her current position as SVP of Finance and CFO. “And, I’m still learning,” she said. “I’m still developing. With the appointment of our new president in 2018, I have the opportunity to think and look at our business differently. At the same time, I aspire for more opportunities, personally and professionally.”

When it comes to career growth, Villacrez offers the following advice: Be specific in what you want in your career and in your personal life, and don’t waiver. When opportunities arise, make sure that pursuing them will get you where you want to be; if not, don’t accept them. It’s OK to make sacrifices on role, title, and salary in order to truly grow your career and achieve your ultimate life goals.

Villacrez also strongly believes in the power of education to open doors. “It’s never too late to go back and advance your education,” said Villacrez. “My kids were pre-kindergarten when I went back for my graduate degree. It was really hard, but in the big picture it’s so critical. I’m glad I did it and you will be, too!”

In addition to career successes, Villacrez touts the importance of giving back. She currently serves on two boards for organizations that have a significant impact on the lives of people in Wisconsin. “But there are so many agencies that need help,” says Villacrez. It’s important to choose a movement or organization that you are passionate about.”

Looking back to the beginning of her career, Villacrez would advise her younger self: