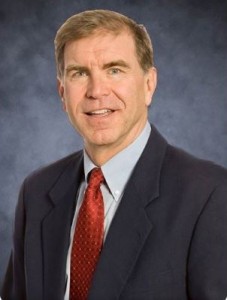 When turnaround expert Dave Lumley was named CEO of Spectrum Brands in 2010 – a company which includes such flagship brands as Rayovac, Baldwin, Pfister, Remington, Black & Decker, Cutter, and Black Flag – his immediate challenge was “stock that had bottomed out, worth zero”. The organization was financially stressed, not only because of stock performance in a sluggish economy, but also due to a recent aggressive acquisition strategy. The challenge he faced was transforming a recovery strategy into actionable steps and clearly communicating the plan to 12,000 employees – and he knew the first question every one of them deserved an answer to was “what’s my compensation for helping you turn this around?”

Spectrum’s brands clearly performed as well, or better, than competitor’s number one brands, Lumley said, but the momentum or strategy didn’t exist to unseat them. Lumley turned away from mass advertising, adopting a “same performance, lower price” model, but even more important, he said, was the change he needed to make in his executive team’s mindset about employee compensation.

“You can say what you will about why people work. To contribute? That’s nice; I’ve got a great desk for you and lots of work to send your way if you just want to contribute, and you don’t want to be paid. Do people work because they enjoy it? Need to work? Most people have to work, that’s the truth. That means they first work to survive and then to provide for their families, then to sustain lifestyles. Recognition is nice, but cash is king.”

“I believe in a simple plan, communicated simply and clearly to every single employee,” Lumley added. “Involve everyone and compensate them for the behavior you want. You can’t have Strategy A if everyone gets paid on a Strategy B model.”

• Organizations should be based on company strategy, competitive set and selling environment; companies need to define success (and rewards) around sales and manufacturing, which support profit.
• Numerous layers of management usually equal poor performance and employee frustration; shared services and functional job descriptions are favored wherever possible.
• Structure is important; all employees should understand who is responsible. It shouldn’t be a mystery.

Most organizations, Lumley argued, are not organized for success. “Almost universally, we organize and pay for political reasons, employee attendance, and to actually limit performance pay. Paying low performers the same as high performers affects motivation and performance. Here’s what I have learned: People only do what they have to, when they have to, and though 90% of people want to change things, they don’t want to lead or take the risks for pay for performance. And why should they? Most companies rarely pay full raises, bonuses, or stock options, and they stick to underperforming organizational structures for too long.”

He ditched the automatic annual raise (“an entitlement for showing up”) in favor of a pay-for-performance plan that (1) was achievable and (2) incorporated measurable results (profit). The key, he said, was simplicity. “You should be able to ask every single employee in the company what your profit-sharing plan is, and they should be able to immediately answer that question. We only measure two metrics, and all employees share in the reward if we hit the target goals. Additional rewards vary with the responsibilities and contributions of key staff, and you don’t keep nonperformers on staff. Simple as that.”

Organizational structure must also support the growth strategy. “You’re company is either centralized, decentralized or matrix organized,” Lumley explained. He moved Spectrum from a centralized to a decentralized organization to give better support to each brand, though he also organized brands in a way to take advantage of shared, synchronistic support services.

Today, the business is a $4 billion enterprise and stock prices are the highest in many years. “We’ve gotten very entrepreneurial and nimble,” he said. “We removed a lot of layers to be able to go head-to-head with [larger companies] Procter & Gamble and Energizer Holdings.”

His own career has mirrored his insistence that Spectrum become more nimble. He studied to become a journalist in college, “but then I found out what that paid versus a job in advertising,” he quipped, and so he joined the New York PR firm Burson-Marsteller. “Then I found out what executives made,” he joked, and his next job was president of Brunswick Bicycles (1997-99), CEO of EAS (1999-2003), and then president of the Rubbermaid Home Products North America (a division of Newell Rubbermaid) from 2004-06. He joined Spectrum in 2006, where he rose up the ranks of executive positions before taking over as CEO in April 2010.

It’s worth noting that Lumley took Wilson Sporting Goods from a decentralized organization to a centralized one with one compensation goal; meanwhile, he changed Brunswick from centralized to decentralized, and changed Rubbermaid from a matrix setup to a decentralized business. “The setup isn’t a one-size-fits-all solution,” he acknowledged. “You have to organize around your sales strategies.” However, the unifying action at every company he has led was defining a comprehensive and simple, achievable compensation program.

“Believe it and try it,” he suggested. “Create an environment where employees achieve satisfaction every year because they have decision making power, responsibility and rewards. It’s not a secret what I do, but it takes great will to change what you are given or the status quo you’ve created. The company-wide rewards — and also payback to shareholders and taxpayers alike — are worth it.”