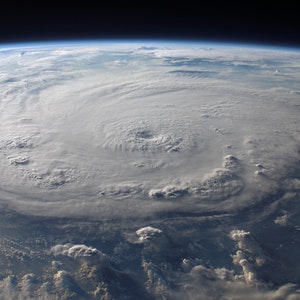 By Jody Glynn Patrick on October 27, 2017 in IT Risk and Security, News

My husband and I recently bought a home in Jacksonville, Florida during/after Hurricane Irma. A huge concern for us was navigating around cancelled pet-friendly hotel service in the immediate aftermath of the storm, since we were driving from Illinois to Florida with two dogs. Our Florida link cancelled, but luckily, we’d also pre-booked a hotel room in Atlanta before the storm. We managed to hang on to that reservation at the rate we’d initially been quoted. Meanwhile, many other hotels in the Atlanta-Jacksonville corridor reportedly doubled and even tripled their overnight rates. One hotel even made television news for charging $1,600 a night for a standard king room.

It was stressful living day-to-day in transit, not hearing from realtors or sellers due to power and internet outages, not knowing when or if the title company might re-open, or if the moving van would show up before we were given keys to the house. We had pre-paid for all the required home inspections before the tropical winds hit; the most expensive had to be “resurveyed” (and rebilled) two days prior to the close due to reports of extensive area damage. The house sits in the footprint of the St. John River but did not flood, although our realtor’s nearby downtown office had four feet of standing water in the lobby. At the end of several anxious days, our transit and financial challenges seemed almost insignificant when we learned the house was unharmed, even as neighborhood trees toppled.

After the home sale, I expected to wait for internet service to be established while the company tended to the more urgent needs of business. We waited. We expected to need to hire a specialty mover to remove our mound of tree debris left by the storm, because city crews were working around the clock to clear critical traffic and business areas first. (We listened to the constant drone of chipper vehicles which seemingly were always within earshot but never within sight of our block.) So we contracted with a private company. I also expected to be rerouted onto unfamiliar side streets even as I was trying to figure out where I was in the first place. It happened, but not as often as I worried it would. Jacksonville’s street department was really on top of things in record time; you’d have to live here to appreciate what a huge challenge they faced and met.

What I didn’t expect was the onslaught of “crisis help” solicitations received shortly after moving in. A security company sent a “security agent”, unannounced and unexpected, “at the request of your title company.” Wrong. The security firm bought the names of new residents and then borrowed a relationship that didn’t exist to get a salesperson past the front door, implying our title company felt we needed home security due to “problems after the storm.” Hm. There were no security problems in our area after the storm.

Next, a young lady and older gentlemen wearing officious-looking badge-type nametags showed up and said we needed to give them a sample of our water “due to the storm.” As I filled a labeled test tube with water, I realized I hadn’t noticed a city vehicle in the driveway. The reason: it was a private company “interested in your protection because of local water problems after the storm.” They’d left their identifiable van parked in the next block as they canvassed ours. There were no storm-related drinking water problems, as I told them as I dumped out the water and handed back the tube.

In both cases, I would never do business with either nationally-known company, regardless whether I valued their service or not, because of their fear-based, shady sales approaches. And those chain hotels who raised their prices while Florida evacuees were most desperate for lodging – they, too, lost my future business.

The morale of the story is this: how you conduct your business in the worst of times dictates how I (and many others) will spend our money in the best of times.

Equifax breach: how to protect your personal information
In case you missed it: managedIP tips