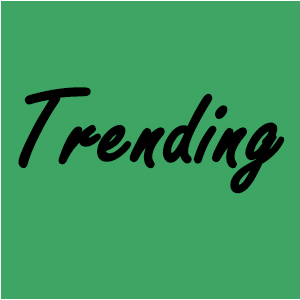 The world we live in today would have been unimaginable only 20 years ago, which begs the question: what will it be like in the next decade? Here’s what’s brewing in R&D labs now.

Facial Recognition – taking it far beyond social media. In China, a screenshot of your face can be used to make a purchase or ensure you get the right seat at a concert. And whoa, don’t commit a crime because urban monitors track the populace with 99% accuracy. According to MIT’s Technology Review, an Alipay app allows more than 120 Chinese users to use their face to transfer funds. The country’s premier ride business uses a facial recognition app to assure riders that the driver is legit. Meanwhile, crimefighters can successfully identify criminals caught on the omnipresent surveillance camera videos, regardless of the age of the mug shot or the quality of the video. That’s how good China’s facial recognition technology is. Takeaway: a personalized customer experience. Instead of a generic and automatic “hello” when you enter a store, you might be greeted in the near future with “Hello, [your own name]” – and yes, clerks will already know what you are most likely to buy.

AI – can it help prevent suicide? In a loosely related story, Facebook (FB) now is using artificial intelligence monitoring to scan posts on its site in real time to detect threats of suicide, and to immediately respond to those with offers of help – up to and including sending immediate responders to the location of the post. This is in response to people posting threats and then acting on them – including one man in Turkey who killed himself while streaming live on FB.

Changing definitions for “brain dead.” Scientist Angela Sirigu, of the National Center for Scientific Research in France, implanted a stimulation device in the chest of a 35-year old patient who had suffered severe brain trauma. He’d been unresponsive for 15 years, essentially surviving in an artificially sustained vegetative state. As reported in Current Biology in September, after a month of stimulus to the vegus nerve, the patient could respond to a command to move his head, and could follow an object with his eyes. It wasn’t a miraculous full recovery, but this research opens more doors to hope that “irreversible brain death” may soon be more reversible than physicians ever thought.

In a related story in Discover, we also are better understanding marine mammal brains. U.S. and U.K. scientists have confirmed findings of Alzheimer’s Disease in dolphins; animal autopsies showed the same neural pathway tangles and plaques as their human counterparts with Alzheimer’s. Hopefully a future cure will cross platforms and benefit our marine friends as well.

Self-driving trucks. Again, MIT is our source for this report on self-driving tractor-trailers hauling products on U.S. highways in the near future. Several companies are testing prototypes of computer-driven trucks, any of which might change the landscape (and costing models) for hauling freight. While the testing is ongoing, it’s caught the attention of the 1.7 million U.S. drivers this technology could replace. Early results are in: It now seems not so much to be a question of “if” computers can drive, but more a question of “when” the automatic units will hit the roads.

Not every technology is as sexy as drones or as futuristic as holographic chambers, but these discoveries could directly affect your life – or the life of someone you love – and perhaps very soon.

Biotech Review: The food you eat – what’s on the GMO horizon?
Tolerance: Holidays besides Christmas