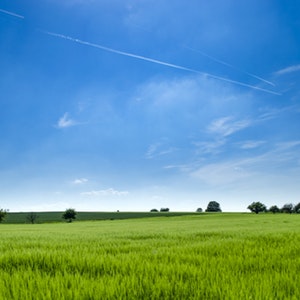 In the Know: What’s new in biotech agriculture

Our bio review this month addresses promising breakthroughs in agriculture and what it means to the global marketplace:

Bananas get vitamin A boost to save dying children. The Bill and Melinda Gates Foundation has pledged $10 million to increase the levels of Vitamin A in bananas to help save dying children in Uganda. It’s estimated that as many as 750,000 children worldwide perish from a Vitamin A deficiency, especially in areas where bananas are a large part of their diet. Queensland University of Technology researcher James Dale recently identified a selection of banana genes that can be genetically modified to deliver more vitamin A, which is behind the new golden-orange colored hybrid now being tested for this humanitarian relief project. It’s hoped the new bananas would be grown in Uganda as soon as 2021.

Third-world hunger is a real threat to world stability. According to United Nations projections, the world population will be 9.8 billion people by 2050. Nigeria, now ranked seventh with about 200 million people, will become the third most populous, replacing the United States.

A sex-war waged against moths? Remember our earlier agricultural coverage of using genetically-modified male mosquitos to impregnate female mosquitoes with a gene that makes the offspring sterile, thus killing off the colony? That same company and technology is now battling crop-destroying moths in New York, where cabbage farmers hope to dramatically decrease the amount of pesticides now being used to wage war against the hungry pests. The British company Oxitec, which tested the mosquitos in Brazil before bringing them to Florida last year, produces the GMO insects. Cornell University will analyze how well the altered breed mates, compared to wild moths found in upstate New York.

Lower nicotine tobacco proven possible. 22nd Century Group, Inc., a “plant biotechnology company that is focused on tobacco harm reduction and cannabis research,” collaborated with North Carolina State University to come up with Very Low Nicotine (VLN) tobacco varieties that contain no foreign DNA and no trace of genetic modification. The result is a plant that offers 95-97% less nicotine, which is considered a non-addictive level. The company announced its success with the product this summer and now worldwide distribution of resultant products planned. (U.S. regulators don’t treat VLN products as “genetically modified.”)

“Frankenfish” or “salmon”? Depends on which side of the border you’re on.  Canadian customers can now purchase genetically engineered salmon fillets grown at a plant in Panama by AquaBounty, a company which also has purchased a fish farm site in Indiana for U.S. production. This isn’t welcomed news for Alaskan wild salmon fisheries and politicians, who have dubbed the salmon “Frankenfish”. While the product gained official USDA approval, release was held up when an Alaskan senator successfully added the caveat that it would have to be labeled “genetically altered” on the packaging. Meanwhile, proponents of the project remind that world markets should stay in balance — the U.S. itself imports 300,000 tons of Atlantic salmon every year from Chile, Norway, Canada, and other countries to meet consumer demand. Also, “The salmon are safe to eat, the introduced DNA is safe for the fish itself, and the salmon meet the sponsor’s claim about faster growth,” the U.S. Food and Drug Administration said.

Making Decisions: When and how to move a team toward action
Winner! Sun Prairie Fiber business wins gift card