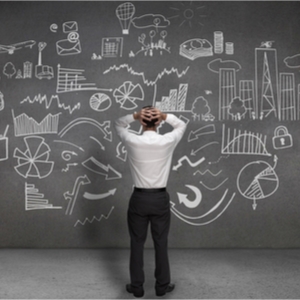 Making Decisions: When and how to move a team toward action

Robert Ian, a motivational speaker for Fortune 500 executives, often shows a slide of two frogs sitting on a log. Both, he explains, express the intention to jump into the pool of water surrounding the log. When Ian asks how many frogs would likely jump into the pond, audiences usually respond “two”. Then Ian reminds that a decision to jump is only a promise, and that promise is only as strong as the will of the jumper in the moment. Without follow-through or an action plan, it will remain an intention, not a fact. His core message: many managers are far more adept at “making decisions” than they are at implementing change, and in fact, often confuse the two, thinking their managerial responsibility ends with making a statement of intent.

The decision to jump solo into a pond is a far easier one to make than a decision that could affect the livelihood of employees and/or the very existence of a company. It’s certainly a less daunting decision than moving promised delivery dates up (or back) a few days. That decision would require a manager (1) to give authority to a person or department to officially change the policy; (2) to state the deadline for implementing the change; (3) to communicate the changes to people who immediately will be affected; and then (4) to develop a plan to inform others in the company or marketplace who may not be affected at all, but would need to know that information for other reasons. Short of those four steps, the change-the-date decision will likely face internal opposition or blunders.

What if a direct report expresses strong feelings that a stated directive is the wrong thing to do? New viewpoints or information have saved many a company from a calamity, so it should be considered respectfully. However, it could be that the person lacks certain information which the manager alone is privy to, which still makes the original decision the best course to follow. In that case, experienced managers listen carefully to what the person says – not to refute, but to understand, validating the best points by acknowledging the logic of their argument. Then, however, rather than trying to prove their own points are more valid, (which results in a “my ideas are better than yours” impression) simply acknowledge the obvious: “There are some other things I have to consider as well, and even given your points, which I understand and respect, I still need to guide this project the way I stated. Your help in making this transition as smooth as possible will be noted and appreciated, especially given your reservations, so thank you for that.”

For those on the receiving end of an executive title – a direct report who truly believe a manager is making a mistake but won’t back down – the reality is that the person who ultimately makes the final decision is the one with the most power (authority) – but also the one with the greatest responsibility for the final outcome. You can’t always manage outcomes, if you aren’t in the C-Suite yourself, but you can manage your own reaction to setbacks or differing opinions. Once you’ve respectfully stated your objections, you’ve done what you could; now it may be prudent to get on board with the change and to make a concerted effort to minimize the fallout you’ve envisioned. Otherwise, if you’re still really feeling froggy — and can no longer give your company your all — jump.

Ian often talks about the “no right or wrong” scenarios except the decision not to consciously decide a course of action to meet a challenge. Too often, not deciding anything is actually making a decision to remain on the log as it floats toward the falls.

Robert Jordan: A case study in dogged determination
In the Know: What’s new in biotech agriculture