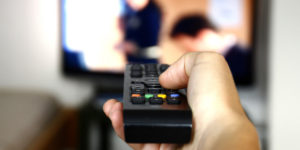 It’s counter-intuitive for most of us – the idea that we actually might prefer television with advertising breaks over the uninterrupted programming available on our DVRs.

Yet Nelson, Meyvis & Galak showed experimental subjects three kinds of TV shows: Taxi episodes, nature documentaries, and Bollywood programs, all shown with or without commercials. Subjects who watched TV with commercials (regardless of the genre) reported greater enjoyment than subjects who watched without interruptions.

According to lead researcher Lief Nelson, it’s the interruption, not the commercial that gives our engagement level a boost.

“The phenomenon we think is at work here is adaptation,” he said during an interview with Harvard Law Review. “People report enjoying interrupted massages more even though they predict they’ll like uninterrupted ones more. There’s substantial work that shows this effect over and over, and it’s for both good and bad experiences. If you buy a luxury car, it’s fantastic coming off the lot, but later it’s just a car. Jail is incomprehensibly horrible the first day. Eventually, it’s less awful.”

The study is significant in that it found that we consumers are lousy at predicting what we would like or dislike if given a say in the delivery schedule. If we enjoy something, we think we’d enjoy it most if it were presented without interruption. If we dislike something, such as waiting in line or visiting a dentist, we think a break would make the experience less painful. In fact, in both instances the inverse is true when subjects are put to the test. We don’t enjoy ice cream as much if we eat three large spoons of it in one setting versus eating one large spoon of ice cream every twenty minutes. That latter experience is actually more satisfying because we haven’t adapted to the enjoyment of it, which diminishes our pleasure. Likewise, if we dislike something, returning to it after a break doesn’t lessen our anxiety.

In layman’s terms, a break signals our brains to reset to its default “good” or “bad” settings. Though we believe we’d enjoy standing in line more if we only had a break, we won’t. When we are told to resume our place in the line after the break, our brain again registers our dislike of standing in line, and so the experience is now disliked twice. Conversely, if we like ice cream, we get to like it three times when we eat it with two breaks between experiences.

What does all of this mean?

To quote the advice of Winston Churchill, “When you’re going through hell, keep on going.”

Whenever possible, complete unpleasant tasks in one setting. On the other hand, if you enjoy a 3 p.m. candy bar at work, set it down and do a little something else between bites to amp up your enjoyment level. When it comes to product design, if you can build in an adaptive break for hedonistic products, and remove use-interruptions from nuisance-relieving products, go for it. But don’t advertise those works because consumer myopia will work against you!

In this case, what they don’t know will actually help them. Which is why I’m not trading in my DVR for commercial television; even if empirically I enjoy it less, I still think I enjoy continuous programming more….

Why pairing bad news with a smile is good business medicine
U.S. Business Growth – and the survey says!